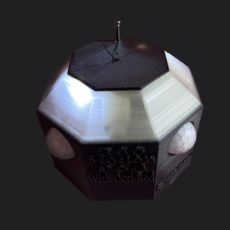 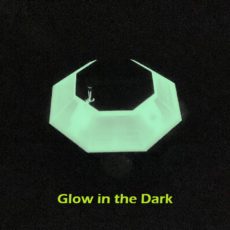 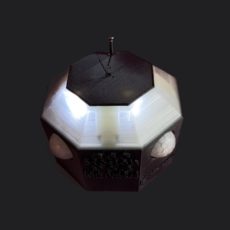 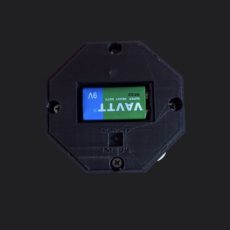 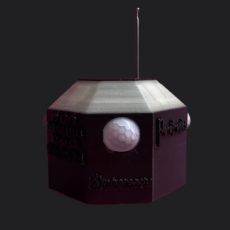 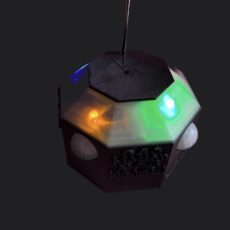 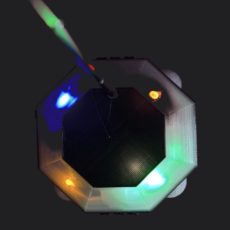 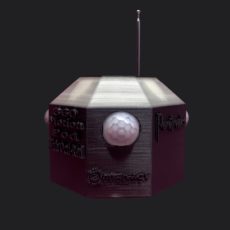 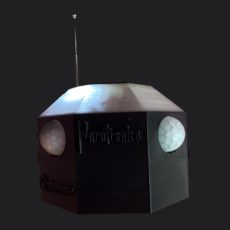 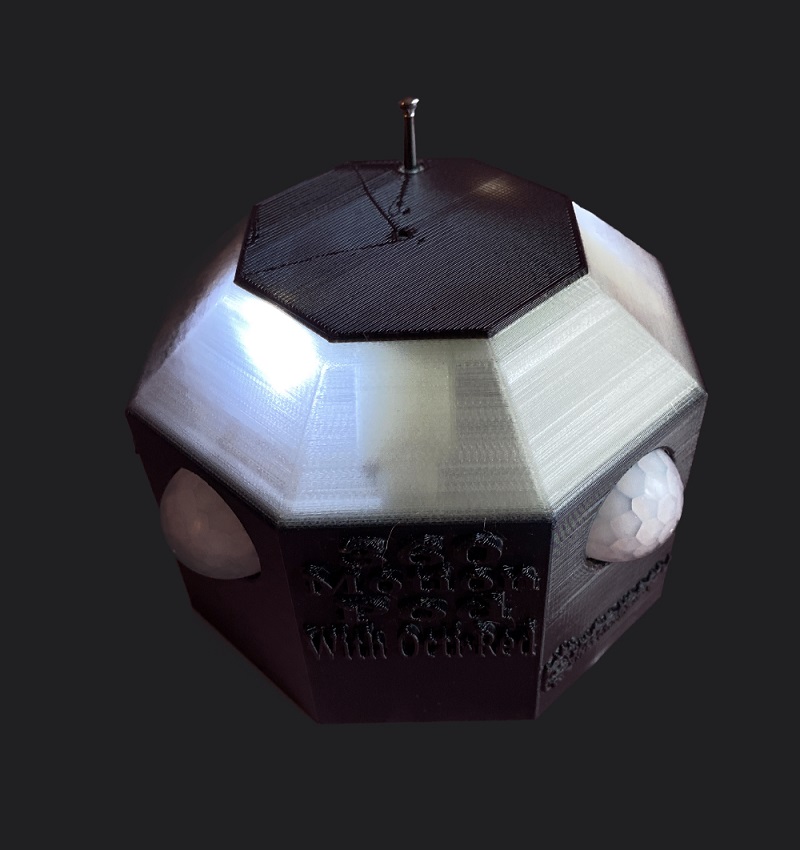 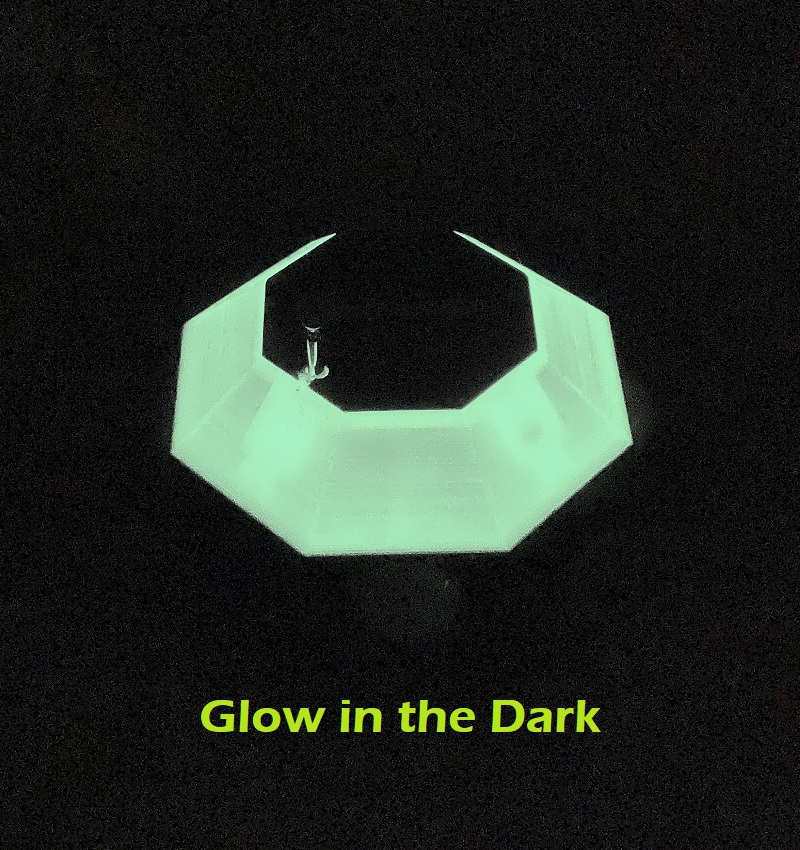 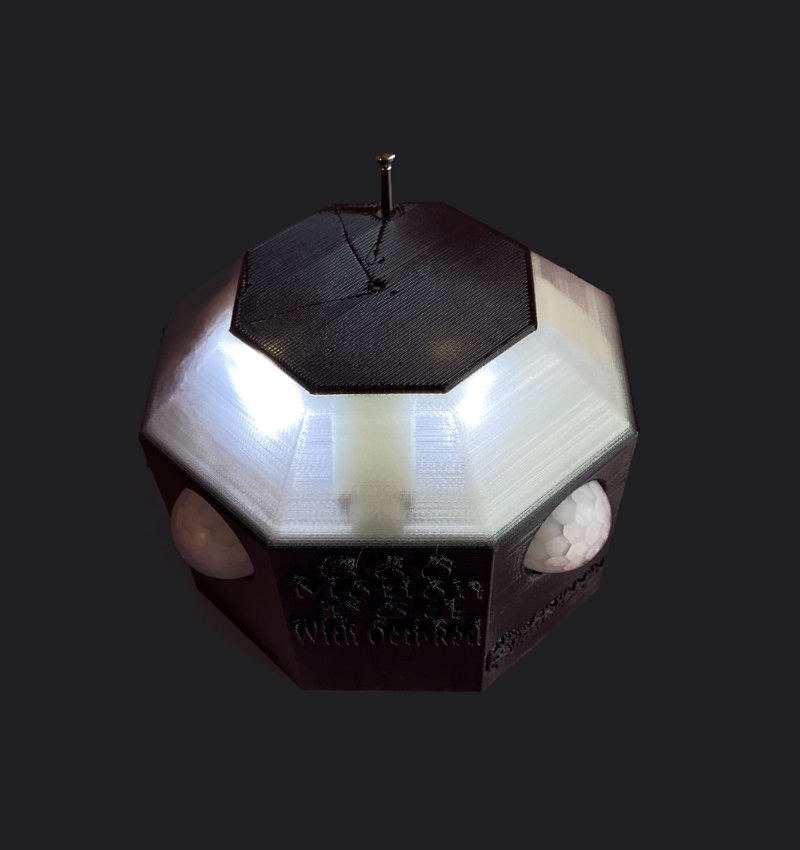 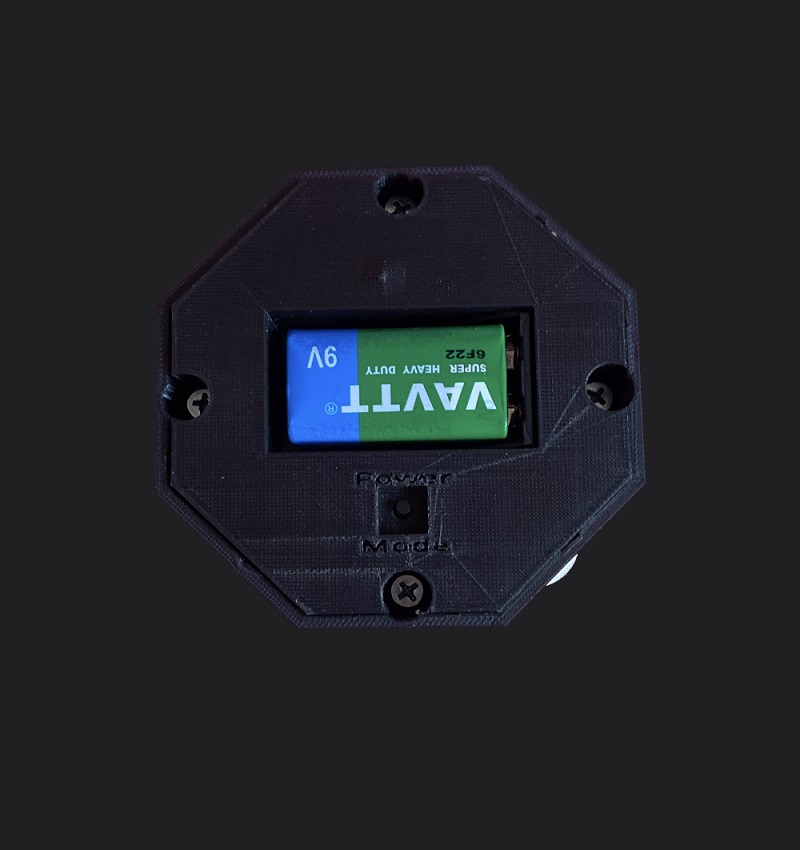 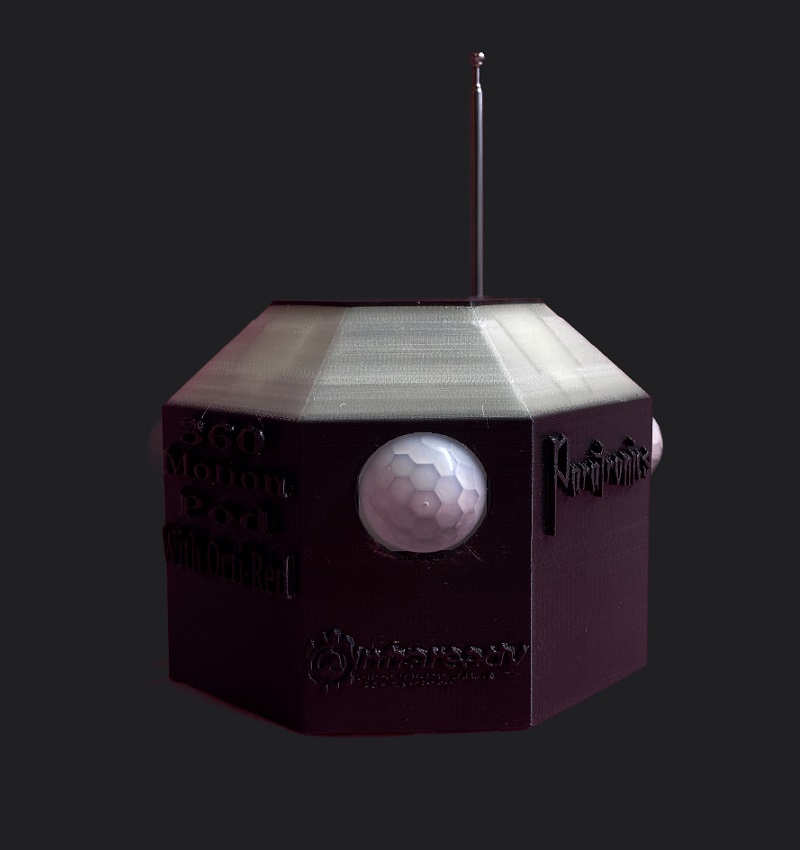 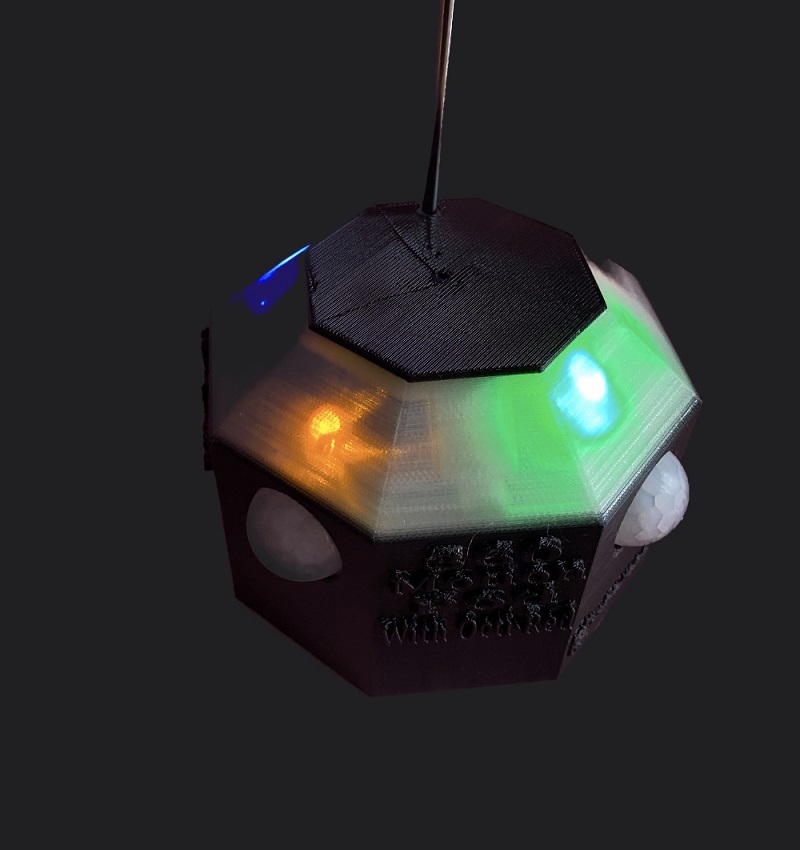 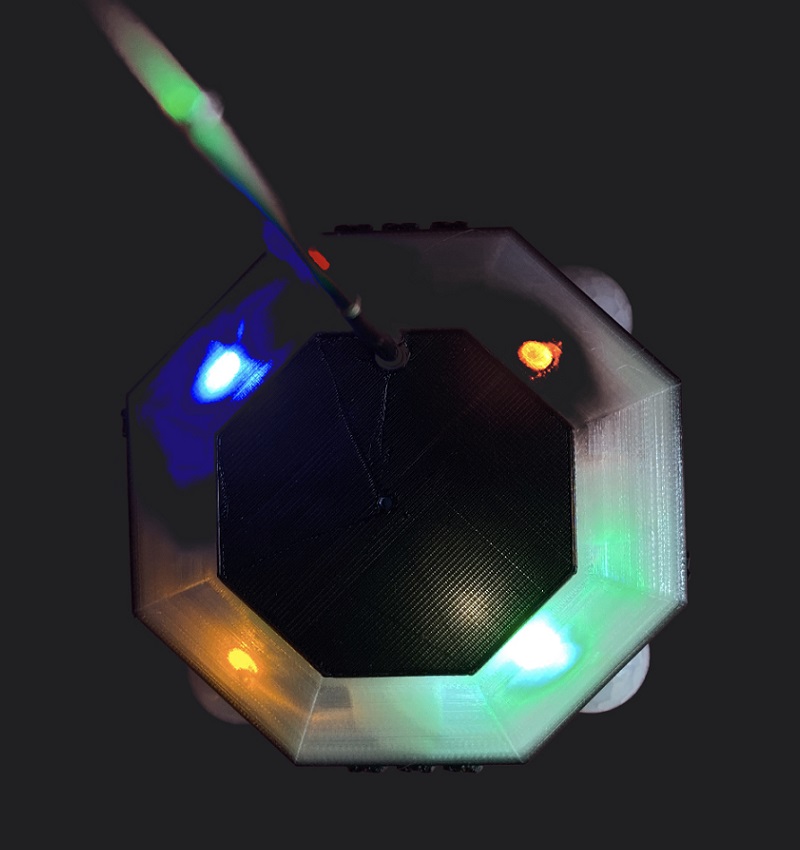 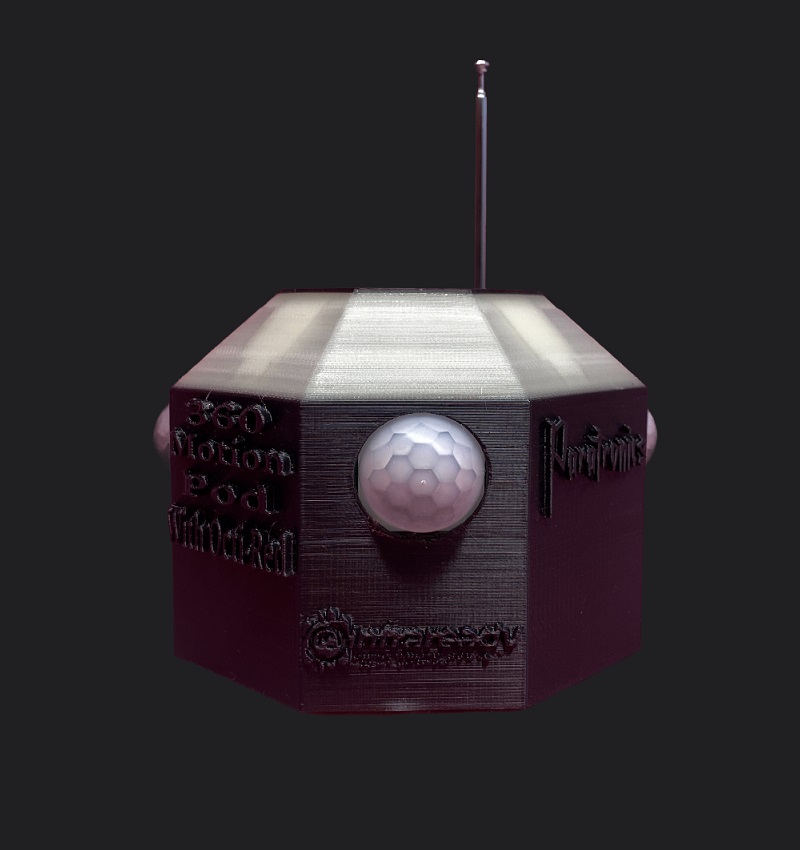 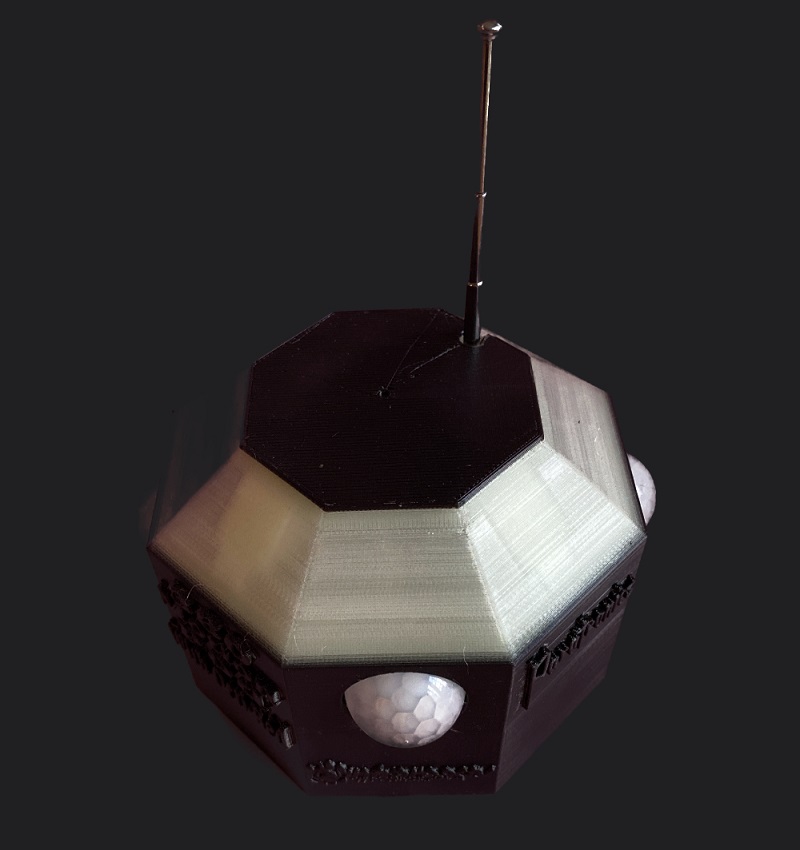 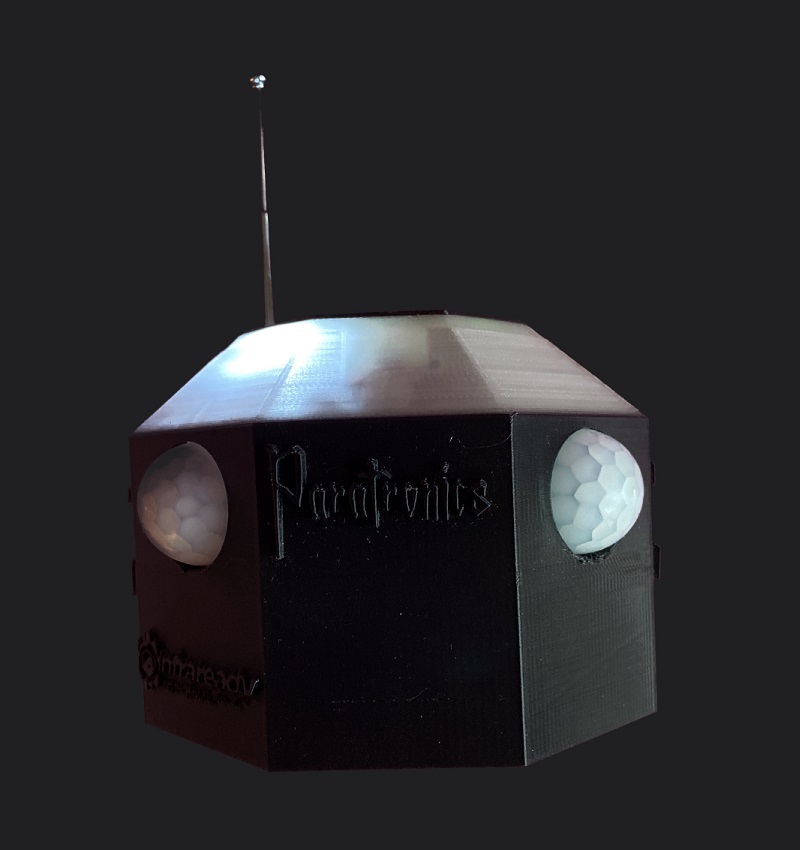 With Glow In The Dark Top Lens Cover

The Pod is simple to use and setup.  Install a 9v battery (not included) and power on the device by pressing the button on the underside.

Place the Pod on a firm surface and step back several meters as not to false trigger the device.

The Pod then continues to scan for movement and will trigger single or multiple Bright White LEDs to indicate where movement has been sensed.  A loud audible tone also alerts the user to motion triggers.

When triggered the audible tone and visual LEDs will enter alert state for approx 10 seconds before resetting to the sensing state.

The Pod also has REM circuitry that radiates an EM field around the device which if distrurbed will break down and sound an audible tone and indicate the strength of disturbance via a layer of 4 coloured LEDs under the top lens assembly.

Click the play button in the bottom corner of the image gallery to see a short demo of the device.  The demo also shows the lower spec model that does not include the REM -POD proximity detector which are also available from our online store.

Designed for use in the dark, the REM POD with 360 Motion Detection helps seek the presence and motion of spirits and paranormal entities coming into proximity of the device.  Ideal for use in Locked Off Areas, For Call And Response Experiments, Or Simply As A Trigger Device.

A Compact And Effective Motion Sensor For Ghost Hunting And Paranormal Research.  Ideal For Ghost Hunts and Group Investigations.

PIR Motion Sensor Specifically Designed For Use In The Dark.

To Increase The Credibility Of Evidence Gained From Using The Ghost Hunting Motion Sensor, We Recommend Using it In Conjunction With Our Range Of Other Paranormal and Spiritual EMF and Static Detectors, A Wide Range Of Which We Also Stock.

We use cookies to ensure that we give you the best experience on our website. If you continue to use this site we will assume that you are happy with it.OkRead more